How new Layer 1 protocol “5ire” might disrupt the Crypto Space 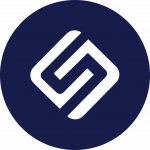 5ire is a blockchain ecosystem that aims to achieve the 5th industrial revolution by combining Sustainability, Technology, and Innovation. As a fifth-generation blockchain, its goal is to transit from a profit-driven to a benefit-driven economy. As a sustainable and interoperable blockchain, 5ire is aiming to bring a paradigm shift from a for-profit to a for-benefit economy and enable the 5th industrial revolution.

Why does 5ire exist?

No one can deny the benefits achieved through technological advancements. However, the growth rate and dynamics of industrial revolution 4.0 has raised questions about the directions it is heading. This includes the lack of control over it, because it is wrapped up in a for-profit model only, focusing only on profit maximization and economics maximization while ignoring sustainability and serving humanity.

Blockchains, on the other hand, have demonstrated an impressive ability to bring people to consensus and unity of purpose. However, today’s modern deployments face many challenges related to scalability, security, speed, interoperability, resistance to the future, and lack of governance.

Contrary to trends in the Fourth Industrial Revolution towards humanity, technology, and innovation, 5ire believes best practices need to go back to serving humanity. 5ire is a gateway in the world’s smooth transition from 4IR to 5IR. 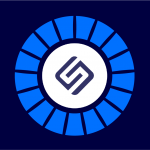 The basic purpose of 5ire is to build a user-centric, sustainability-driven ecosystem. This is accomplished by including sustainability into the consensus mechanism’s design. Everyone can democratically engage in the network and suggest improvements thanks to 5irechain’s transparent on-chain governance mechanism. This includes ensuring that all stakeholders are fairly represented.

Using decentralized ledger technologies as the main key, 5ire has shown itself as a secure and trustworthy environment. Focusing more on weighted elements other than the stake, 5ire ensures that smaller nodes participate democratically and that the chain as a whole is more viable.

5ire is a distributed computing platform and tier-one smart contract chain that monetarily incentivizes business and individuals to create, adapt, and be rewarded for sustainable practices at the consensus and governance levels.

There is an urgent need to address all social, economic and environmental issues such as poverty, gender equality, disease, just to name a few. At the end of September 2015, world leaders met at the United Nations in New York to adopt a new global action plan to reduce poverty, known as the Sustainable Development Goals. The Sustainable Development Goals (SDGs) are a new, universal set of goals, targets, and indicators that United Nations Member States will use to develop agendas and their political policies for the next 15 years.

By helping 5ire members maximize the benefits of international standardization and ensure the adoption of ISO standards, 5ire is helping to meet the United Nations’ Sustainable Development Goals (SDGs). The economic, environmental and social aspects are all addressed directly by ISO standards.

Some unique features of 5ire are: 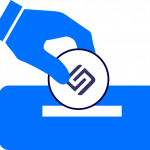 The total supply of 5IRE Token is 1.5 Billion and its distribution will be completed via ERC-20 token bridging and a test network before the launching.

The 5IRE tokens play an important role in the network. Some main functions are as follows:

The 5ire technology and ecosystem vastly differs from other blockchains and platforms. That is why it is very exciting to see the blockchain develop and grow.

For detailed information on 5ire’s technology, team, roadmap, as well as other valuable information, visit their website: https://5ire.org/.