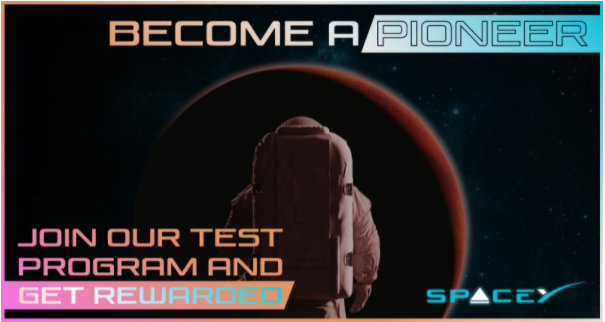 Metaverse NFT blockchain game SpaceY 2025 has finished their IDOs and has now been listed on multiple exchanges. In addition, the team has recently shared a tutorial on how to get started with SpaceY 2025. In this article, we will provide you with updates regarding the initial offerings, listings, and the game itself.

Where is $SPAY listed?

The IDO price was $4 per $SPAY. Since the listings, $SPAY has been averaging a x9 to x12 price!

As the project is now getting a lot of attention, people are interested in playing the game. That’s why the SpaceY team has recently published a tutorial on how to get started with the game on their Medium account. Check the SpaceY 2025 tutorial here.

The tutorial includes the following information:

Definitely read the tutorial to know how to get started with SpaceY 2025!

Today, the SpaceY team announced on Twitter that all whitelisted game testers will receive an awesome SpaceY 2025 Mystery Box. In order to be whitelisted, you have to hold 56 $SPAY in your wallet. The participation snapshot period is until November the 28th, 13 UTC. The image below contains important information regarding this testing period. 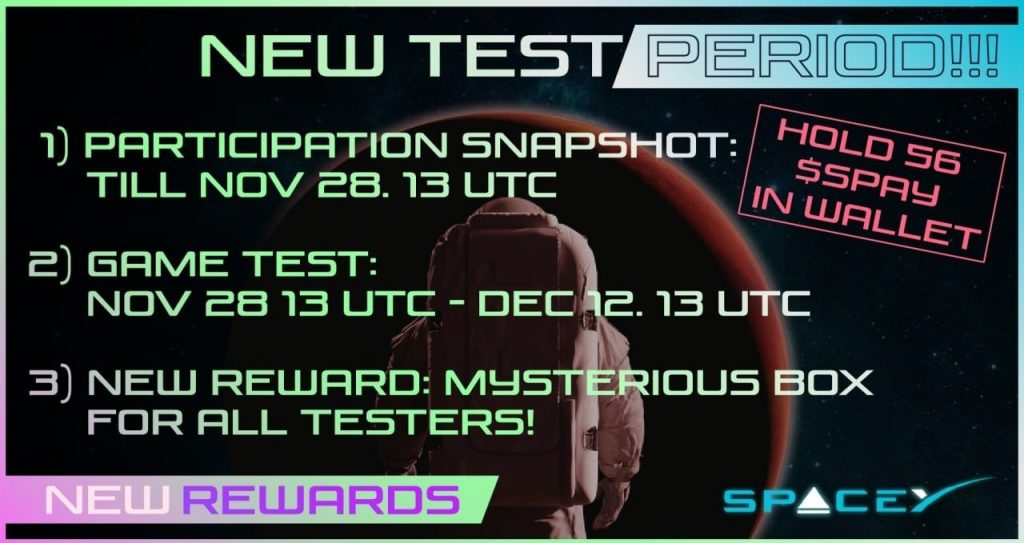 There is definitely a lot of excitement around SpaceY 2025. The team has partnered up with some big names and a lot of people want to play the game. Follow our website for more interesting GameFi news!